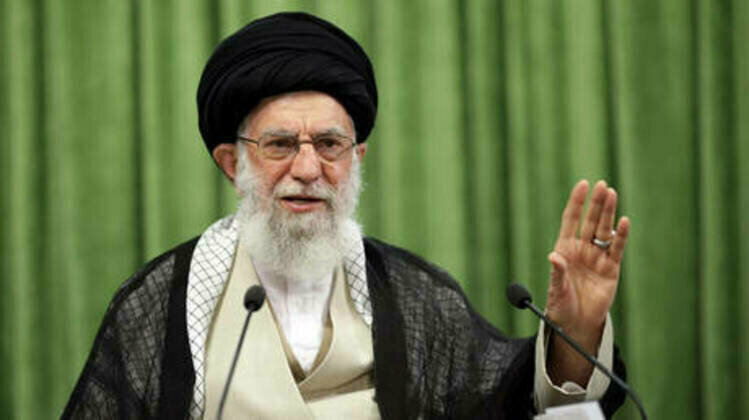 If the turmoil in Iran continues, regional consequences could be grave

Amid ongoing unrest throughout Iran, it has accused both Israel and Western intelligence agencies of plotting civil war inside the Islamic Republic. The implications of the claim on the direction of Iranian state policy are not to be taken lightly.

For the past eight weeks, Iran has been hit by waves of political unrest, including everything from female-dominated protests to full-scale riots and terrorist attacks. During this time, Western media, politicians and public figures have all chimed in to condemn the Iranian government in an attempt to delegitimize it. As the weeks go on, the violence escalates, as does the rhetoric of the Iranian government and Islamic Revolutionary Guard Corps (IRGC). Tehran now seems to be losing its temper.

There has been a lot of debate about what is going on inside Iran and, while deciphering the precise details of the nation's recent unrest can be difficult, one thing is for certain - the Western world is very much involved in an attempt to undermine Tehran's rule. The US government is evidently interested in the prospect of regime change in Iran. President Joe Biden even stated in a recent speech that he was going to "free Iran," and his administration has actively enforced or even enhanced the 'maximum pressure' sanctions campaign that was started under Donald Trump.

In the past weeks especially, Iran has witnessed an escalating range of attacks from rioters and terrorist groups that have killed multiple Iranian civilians and police officers. On Wednesday, two separate terrorist attacks in the Khuzestan and Isfahan provinces, killed at least ten people. In response to such attacks, the rhetoric from Tehran has seemed to direct much of the blame towards Western intelligence agencies, as well as Saudi-funded Persian-speaking media. If we combine the ongoing unrest, the crippling US economic sanctions, along with the West's isolation of Iran on the international stage, in this context the responses from Tehran's officials have to be taken very seriously.

In early November, US media began talking about Saudi intelligence analysis suggesting an imminent Iranian threat to Saudi Arabia. Although there was no official Iranian denial or confirmation, reporting by Iranian state media seemed to suggest that such an attack could be on its way. There was also a surge in rhetoric about a response to the assassination of the IRGC's Quds Force General Qassem Soleimani. Around the time of Iran's ballistic missile strike against the Ain Al-Assad military base in 2020, which caused more than 100 traumatic brain injuries to US soldiers, Iran's supreme leader, Ayatollah Ali Khamenei, said the attack was only a slap and not the full response. So, when Khamenei recently asserted that Iran reserves the right to avenge the murder of Qassem Soleimani, it should have drawn notice.

Tehran has been sending repeated warning messages to its regional adversaries, especially now that the nuclear deal talks have come to a halt and attempts to normalize ties with Saudi Arabia haven't yet seen any breakthroughs. The latest warning seems to have taken place off the coast of Oman, where a loitering munition struck an oil tanker last week. The tanker was linked to an Israeli billionaire businessman, and both Israel and the US have accused Iran of carrying out the attack.

For the United States, pursuing a conventional war against the Islamic Republic is a non-starter. If the US were to launch an invasion, as it did in the Iraq war, not only would it face difficulties capturing territory and suffer many defeats, Iran's regional allies, along with its arsenal of ballistic missiles, could devastate Washington's allies and military facilities throughout the Middle East. Such a war would be, in a sense, akin to a doomsday situation. Therefore, the only options that the US and its allies have to effect regime change in Tehran are through proxies and economic sanctions.

There are a number of dangerous circumstances for Iran, in terms of possible proxy war opponents, which could take the Islamic Republic into a state of civil war. Iran's population is currently just over 88.5 million, only 61% of which are Persians, with the rest being various minority communities. During the recent disturbances, Kurds accounted for much of the initial anti-government action among minority groups, while Arab and Baloch groups seem to be more prominent where tensions exist today. Before going further, it has to be noted that most Iranians from these minority communities are not seeking to undermine the state and aren't looking to achieve regime change.

Kurdish political and armed groups, which maintain an anti-Iranian government stance, could potentially pose a significant problem for Iran. However, earlier attempts from armed movements were put down swiftly by the IRGC. Kurdish militants were targeted a number of times over the past eight weeks in Iraq while operating near the Iranian border. The power of the Kurdish political and military movements comes from the wide-ranging locations of their operations; from Iraq to Syria and Turkey. A unified Kurdish uprising directing significant resources against Tehran could pose a real challenge. But as Ankara continues to crack down on Kurdish groups in the lead-up to the Turkish elections, it is unlikely that such an escalation will occur at this time.

The biggest threat, however, could be posed from within by the Azerbaijani minority to Iran's north. Roughly 16% of Iranians are of Azerbaijani heritage, making them the largest minority group in the country, meaning that even a small percentage of these joining any armed movement would prove a huge challenge for Tehran.

Regardless of whether or not the unrest inside Iran results from Western-Saudi-Israeli influence, if it does not cease soon, Tehran will not stay silent. Unfortunately for the United States, it must now accept that its position in the region is no longer that of the sole hegemon. Messing with a regional military power like Iran by capitalizing on its internal strife will result in consequences throughout the region. What happens next now depends on the West and its allies listening to the warning signs from Tehran.